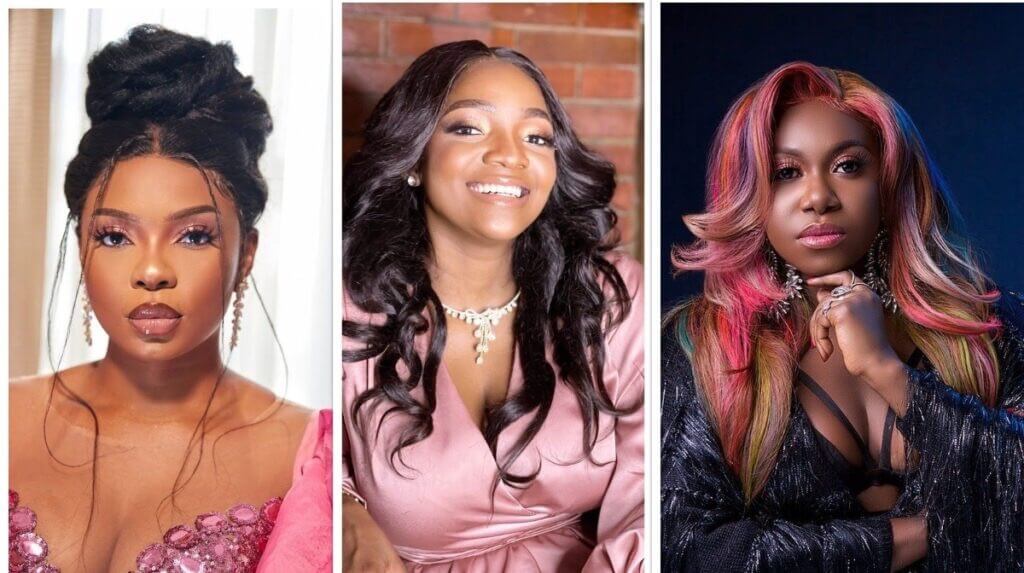 Tiwa is undoubtedly the richest female musician in Nigeria. the Afro beats queen has released four studio albums with several hit songs including; All over, Lova lova, Ma lo among others.

She became the first woman  Best African Act at the 2018 MTV Europe Music Awards. She owns a mansion in Lekki worth 75 million naira.

Simisola started her music career as a gospel singer, releasing her debut studio album in 2008, titled Ogaju. She gained prominence in 2014 after releasing “Tiff”, a song that was nominated for Best Alternative Song at The Headies 2015.

Another rich female artiste in Nigeria is Yemi Alade. After breaking through with Johnny in 2014, Yemi has consistently released hit upon hits. Among her hits includes; Tangerine, Kissing, Taking Over Me, Oh My Gosh among others.

Niniola Apata, known professionally as Niniola, is a Nigerian singer and songwriter. She participated in the sixth season of Project Fame West Africa in 2013. After releasing her debut single “Ibadi”, she was nominated for Most Promising Act to Watch at the 2015 Nigeria Entertainment Awards.

Temilade Openiyi (born 11 June 1995), better known by her stage name Tems, is a Nigerian singer. In 2021, she earned two US top 40 entries on the Billboard Hot 100, with her collaboration with Drake on the song “Fountains” from his album Certified Lover Boy, and the Wizkid single “Essence”; the latter of which reached the top ten following a remix by Justin Bieber.

Shay has been in active music since 2011. She has released several hit songs including; Loving Your Way, Killin’ Me Softly, Right Now. Shay has worked with a number of musicians, including Justin Timberlake, Brian Michael Cox, Darey, Bilal, Michelle Williams, Chip, Rob Knoxx, H-Money, and Cameron Wallace.

She is one of the richest female musicians on our list.

Chidinma rose to stardom after winning the third season of Project Fame West Africa in 2010. She has since released several successful songs over the years. her accomplishments has made her one of the richest female musicians in Nigeria.

Some of the hots songs by the star includes; Jankoliko, Carry You Go, Kedike among others

Omawumi rose to prominence as a contestant on Idols West Africa.

Since then, she has had numerous performances on the stage with musicians such as P-Square, 2face Idibia, Phyno, D’Banj, Banky W, M.I, Sasha, 9ice, Chaka Demus and Pliers, Carl Thomas, Angie Stone and Donell Jones, Angelique Kidjo, among others

Aituaje Iruobe, known professionally as Waje, is a Nigerian singer whose vocal range covers three octaves. She first gained recognition after being featured on the remake of P-Square’s “Omoge Mi”. Waje was also featured on the duo’s 2008 hit track “Do Me”. Moreover, she contributed vocals to Banky W’s “Thief My Kele” and M.I’s “One Naira”. In 2016, Waje was one of the four judges in the inaugural season of The Voice Nigeria.

Please don’t forget to share this article with your friends on social media, about top 10 Nigerian female musicians in 2021 and 2022.