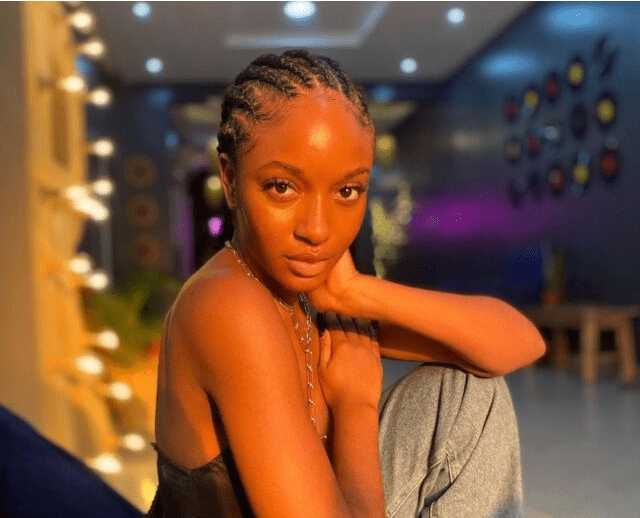 who is ayra starr

she is a Nigerian singer, songwriter and model. Born in Cotonou, Ayra Starr began a fashion career at the age of 16 with Quove Model Management before deciding to pursue music. After covering several songs by popular artists on Instagram, she posted her first original song on her page in December 2019. This brought her to the attention of record executive Don Jazzy, and led to her signing to Mavin Records.

Oyinkansola Sarah Aderibigbe was born on 14 June 2002 in Cotonou, Bénin and grew up there and in Lagos, Nigeria. She was born to Nigerian parents from Kwara and has one sibling, brother Dami Aderibigbe. Her family moved frequently during her high school years because of her father’s business, and as a result she had a hard time forming close friends.

Having been raised in a music-loving family, her interest in singing comes mostly from her family. At the age of 10, she sang in a high school choir and began writing songs with her brother. She attended Les Cours Sonou University and received a BA degree in international relations and political science. During her college years, she was often bullied by her classmates because of her age and appearance. To counter the feelings she experienced from being taunted, Ayra Starr turned to music. “I would listen to Nicki Minaj on my way to school, and I’d feel like the second Nicki Minaj.” Ayra Starr’s mother was very supportive of her musical ambitions, and always encouraged her to pursue a singing career.

In August 2018, Ayra Starr was signed with Quove Models, a modeling agency based in Lagos. From there, she modeled for companies such as Mazelle Studio, Complete Fashion Magazine and Esperanza Woman. In 2019, she began posting covers of songs by artists like Andra Day and 2Face Idibia online. She chose her stage name because, in her words, “it means woke and eye-opening and that’s what I stand for. She appeared in the music video for Eri Ife’s song “Dear Future Wife.” In December 2019, she uploaded an original song called “Damage” on her Instagram page. This was heard by thousands of people including label executive Don Jazzy and led to her first recording contract with Mavin Records.

ayra starr was born on 14th june 2002 in Cotonou, Bénin and grew up there and in Lagos, Nigeria. She was born to Nigerian parents from Kwara.

ayra starr is 19 years old in terms of writting this article. 2021,we will try to update this article when will see another update about ayra starr biography at anytime.

Although musically diverse, Ayra Starr’s sound has predominantly been categorized as Afropop and R&B. Her voice has been described in the media as “silky”, “cozy”, “delicate”, “sturdy”, “arresting” and “soulful”, with music critics noting the dynamic nature of her range and emotional delivery. Her lyrics are a mixture of English, Pidgin English and Yoruba, often exploring contemporary topics such as love, relationship, empowerment and freedom.

With the release of her debut eponymous EP, some critics felt that her vocal technique bore a striking resemblance to Tems’ musical style. In an interview with Cool FM, Ayra Starr spoke about comparisons to Tems: “I’m a young artist and Tems is an amazing musician, for people to compare me to such an amazing musician, it’s a compliment and I’m honoured.” Motolani Alake, in his review of the EP for Pulse wrote that “Ayra Starr isn’t exactly a replica of Tems, but when she manipulates her vocals to stress the final syllable on words, sentences and cadences by flexing her octaves, she definitely sounds like Tems.” Alake also opined that both artists are different and that “Tems can be more alternative while Starr is more Nigerian and more Afropop with more lamba in her soul.” Schön! Magazine‘s Thandie Sibanda called the EP “a coming-of-age jukebox.” Karen Chalamilla of The Floor remarked that Ayra Starr “not only solidifies the singer/songwriter as a standout vocalist, but also serves as an acute window into her artistic sensibilities.

if you find this ayra starr biography post as helpful please help us share it with your friends and lovers. thanks for reading!!!